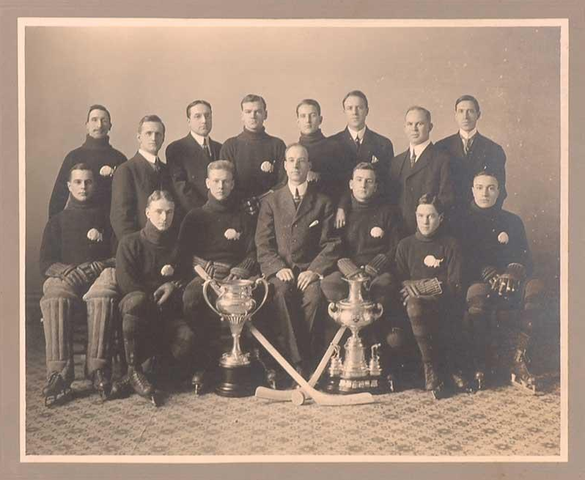 Winnipeg Victorias awarded cup by default when OHA refused to allow a team to play in middle of season.