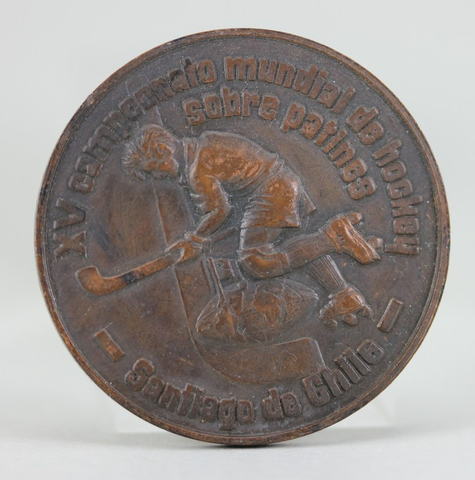 Rink Hockey Bronze Medal Roller Hockey World Championship 1962 a -
This medal has engraved "G. Costa". Gaudêncio Costa was a portuguese eclectic sportsman, the first president of the FPP - Federação Portuguesa de Patinagem (Portuguese Roller Sports Federation) founded in 1933 and also president of the International Federation of Roller Skating and president of the National Olympic Committe (COP) between 1973 and 1976 - Obverse: Relief depiction of a rink hockey player. Inscription in spanish - Reverse: Inscription in spanish for "The Chilean Federation of Hockey and Skating to G. Costa"