Frank Calder with The Stanley Cup - Circa 1930s 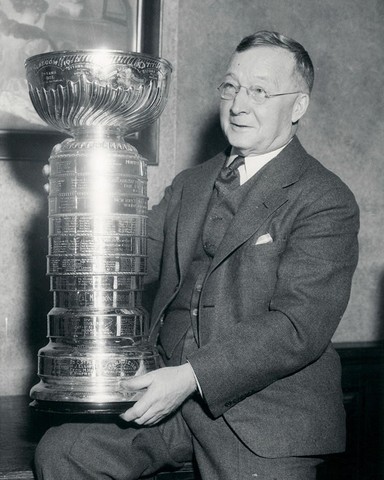 Calder is most notable for serving as the first president of the National Hockey League / NHL from 1917 until his death in 1943.

Calder was the last president of the NHL's predecessor league, the National Hockey Association / NHA and was instrumental in the transition from the NHA to the NHL, a transition made to expel a franchise owner.