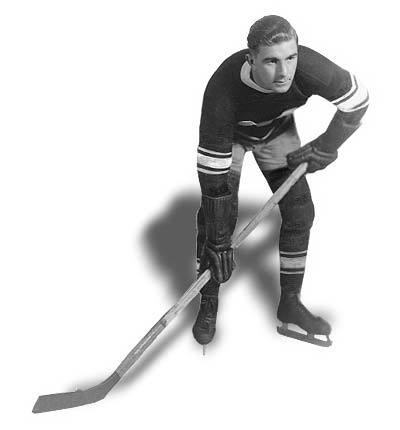 Smith starting playing junior Hockey with the Toronto Beaches of the OHA-Jr. league, then Smith spent the 1920-21 Hockey season with the OHA's Parkdale Canoe Club before graduating to the city's prestigious Granites squad of the senior league, and quickly became a star with the Granites, leading the OHA Senior league team to the famous Allan Cup in both 1922 and 1923. His most fulfilling year came in 1923-24, when he led all players with 14 assists in the regular season and added 16 more helpers in the club's drive to the Allan Cup title. Smith was a standout when the Granites represented Canada at the 1924 Winter Olympics, scoring 17 goals and 33 points in five games, winning the Gold Medal.

In 1926–27, Ottawa won the Stanley Cup against Boston. It was the last game that Smith played with Ottawa After attacking Harry Oliver in the final game of that series, Smith attacked his opponent and laid on a beating so severe that NHL president Frank Calder leveled a one-month suspension effective at the start of the next season.. Ottawa had lost money during the season despite winning the Stanley Cup and chose this time to add desperately needed cash to their bank account by selling the hard-nosed forward to the Montreal Maroons for $22,500, a record fee at the time. This turned out to be a beneficial move for the 5'10" winger.