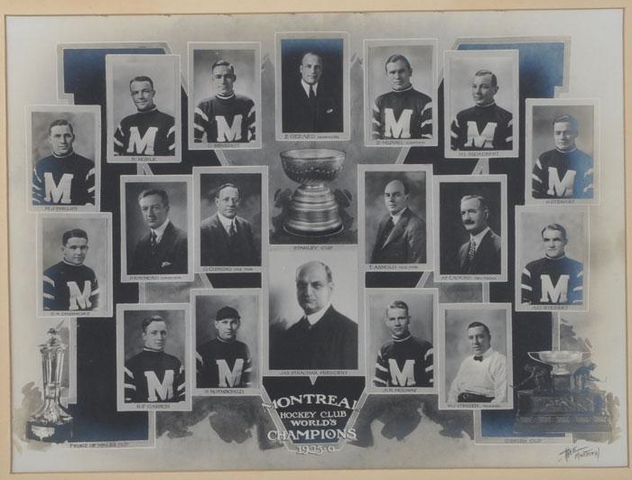 The Victoria Cougars upset the Edmonton Eskimos in the WHL championship by a combined score of 5–3 to reach the Stanley Cup Finals. The Montreal Maroons finished the NHL regular season in second place. Montreal went on to beat the third seed Pittsburgh Pirates and then defeated the first place Ottawa Senators 2 goals to 1 in a two game total goals series, thus capturing the Prince of Wales Trophy and the right to play Victoria for the Cup. The Stanley Cup Championship series opened on March 30, 1926, and Clint Benedict would record 2 straight shutouts, the other on April 1, 1925 in game 2 - scores were 3 to 0 both games. Games 3 on April 3, 1926 had the visiting Victoria Cougars winning by a score of 3 to 2. Game 4 on April 6, 1926 saw Clint Benedict record his third shutout - 2 to 0, and his Montreal Maroons winning their 1st Stanley Cup. NOTE: This was the 1st Stanley Cup won at The Forum in Montreal.