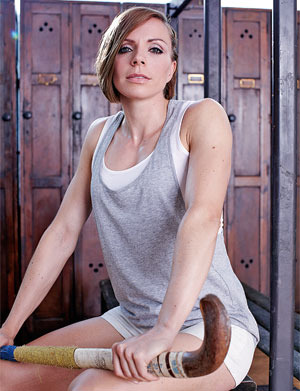 Kate Walsh, 32, is the captain of the Great Britain women’s Field Hockey team. Kate was voted captain of the squad in 2003 and has held the title ever since. Kate has been playing in the senior international team since 1999 and she has more than 230 international caps. Kate first picked up a hockey stick at the age of 11 during a school PE lesson. After playing for her county and later the north of England, Kate, who was born in Manchester, was picked for the England Under-16 squad. “I played for one year, then didn’t get selected for the second year. I was gutted and it was then I realised this was much more than a hobby to me. I needed to knuckle down and dedicate myself to it. I got back into the England squad and got my first senior cap on my 19th birthday.” “Being part of a team is why I love hockey. Gelling with people from different backgrounds, of different ages, all with the same, goal is a very special experience. The camaraderie is fantastic.