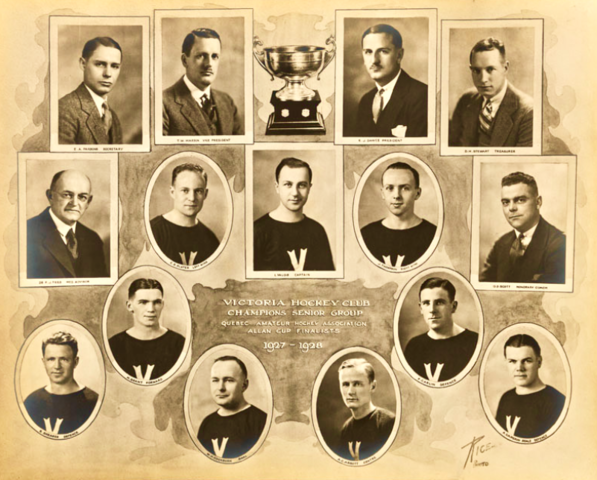 The senior champions of the Quebec Amateur Hockey Association, the Victorias were Allan Cup finalists that season, losing a best two-of-three final to the University of Manitoba, two games to one.