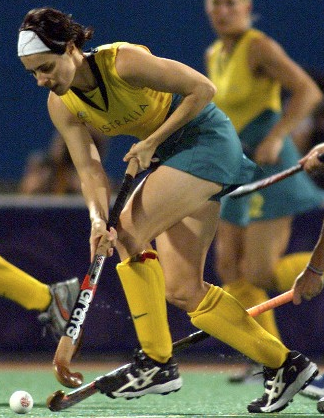 Rechelle Hawkes has played more international hockey matches for Australia than any other woman in the sport's history, while during her captaincy tenure of 1993-2000 the Hockeyroos lost only one international tournament.

At the Sydney 2000 Games Rechelle was given the rare honour of reading the Olympic Oath on behalf of all other athletes competing at the Games.

Rechelle Hawkes retired after the Olympics, having represented her nation in 279 international matches. She is the only female hockey player to earn three medals (much less three gold medals) and the only one to win medals 12 years apart.