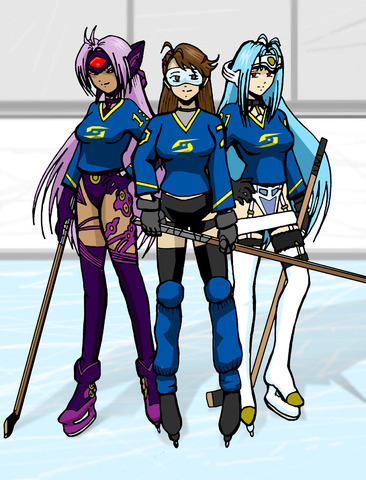 It may be difficult. KOSY doesn't work well with T ELOS...

...Mainly because T ELOS is Penalty Minute Queen and spends more time in the box than on the ice. :lol:

Of course, it doesn't matter how shorthanded the Vector team is. Whenever KOS MOS is on the ice, it's ALWAYS a Power Play!