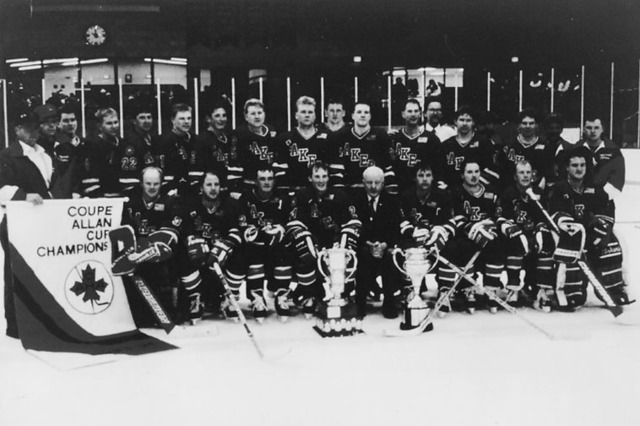 The Warroad Lakers are only the second American team in Allan Cup history to be Canadian National Senior "AAA" Champions. They won the 1994 Allan Cup on home ice at The Gardens Arena in Warroad, Minnesota.
The next year they won the 1995 Allan Cup in Stony Plain, Alberta, and then won the 1996 Allan Cup in Unity, Saskatchewan to become the only team in history to win three consecutive Allan Cups