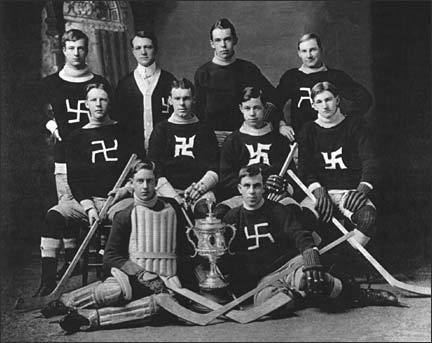 The Windsor Swastikas used the ancient swastika symbol as their logo. The swastika is an equilateral cross with its arms bent at right angles, in either right-facing (卐) form or its mirrored left-facing (卍) form. Archaeological evidence of swastika-shaped ornaments dates from the Neolithic period and the design is still widely used in many religions around the world. Though once commonly used all over much of the world without stigma, because of its iconic usage in Nazi Germany the symbol has be