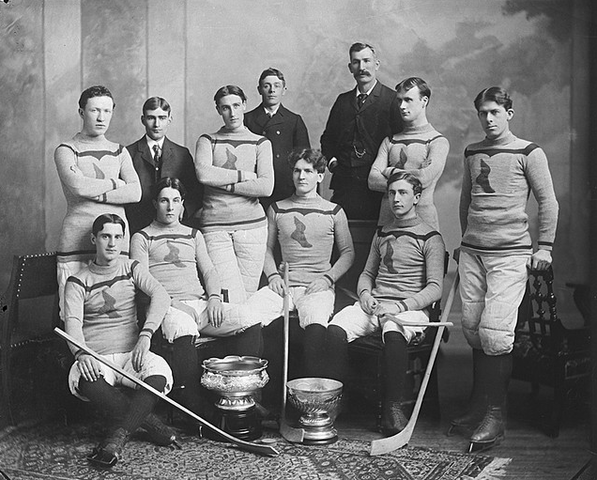 The Stanley Cup passed from the Montreal Victorias (Victoria Hockey Club ) to the Montreal Shamrocks as Champions of the Canadian Amateur Hockey League in 1899. The Montreal Shamrocks defended the Stanley Cup against Queens University in a game played one half under Ontario rules and one half under those of Quebec. This came under a provinsion for all Cup challenges - in case where both teams could not come to terms on which regulations to play under, both would be used. The Montreal Sharocks defeated Queens University 6-2, in their only challenge of the winter. Harry Trihey scored the game winner.

The history of the Montreal Shamrocks Hockey Club is the briefest of any senior club in Canada. Obtaining their franchise from the old Montreal Crystals they were admitted in 1894 into the A.H.A. of Canada.