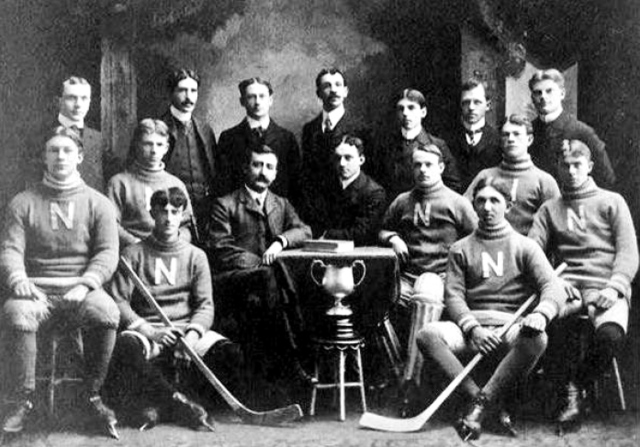 The first Newmarket Hockey club was formed on Nov 25, 1894
with F.H. Lloyd as the Captain.

Games were originally played next to the East Holland River, where small playing surfaces were constructed in the winter.