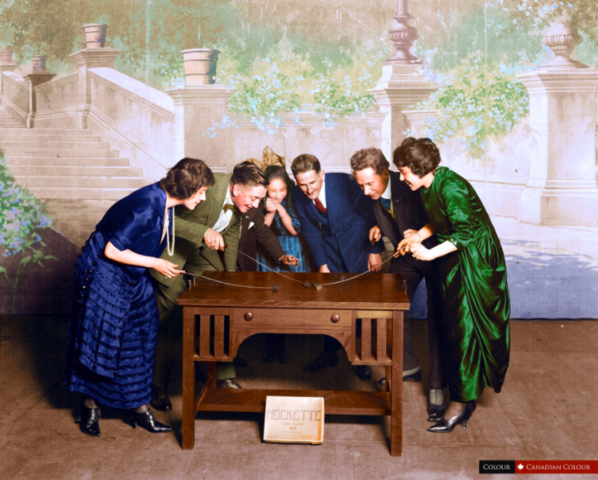 “Indoor Hockey, the new Scream in Parlour Games” was the sales pitch at Woodward’s Department Store at Hastings and Abbott in Vancouver - 1921, you could pick up yours for 95 cents (reduced from $2.25).