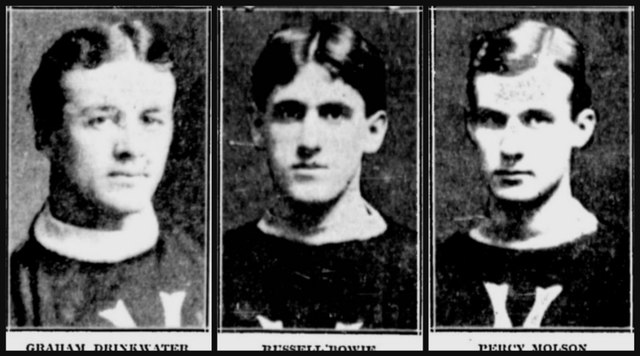 Molson was only 13 days older than Bowie, but the two would not play much together on the Victorias as Molson was a multi-sport athlete who also played football and competed in track and field. Molson died in WW1 aged 36.