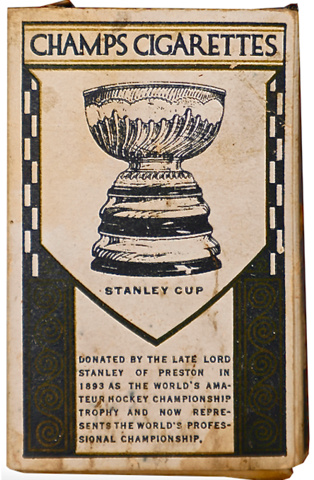 The Stanley Cup itself has only rarely been featured by itself on a trading card. The first of them came in the 1924-25 Champ’s Cigarettes set and it was meant to act as a substitute for cards that the company could not produce in time for release.

NOTE - The image here on the Champs Cigarettes Pack is the same image as the one used for the 1924 Hockey cards C144 issued by Champ's.