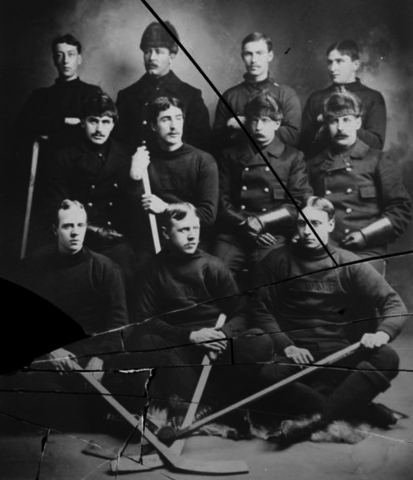 The Hockey sweaters clearly have NWMP on them.

The NWMP had established their presence in the Yukon during the summer of 1894, expanding during the gold rush days, and were later granted the "Royal" prefix in 1904. In 1920, the RNWMP merged with the Dominion Police to form the Royal Canadian Mounted Police / RCMP.