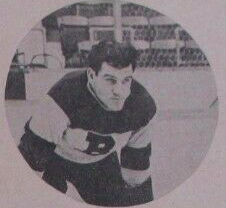 Pusie played for 21 different teams in various minor leagues around North America and changed teams 28 times, not once beginning a new season where he had ended the previous one.

He was known for his antics, especially the penalty shot, where he took the feat to a level not seen before or after his retirement.
His professional career lasted from 1929 to 1943.

Pusie won the Stanley Cup in 1931 with the Montreal Canadiens, playing three out of five games in the Stanley Cup Finals. Pusie's name was not engraved on the Cup, even though he officially qualified. He played 6 regular season games that winning year.