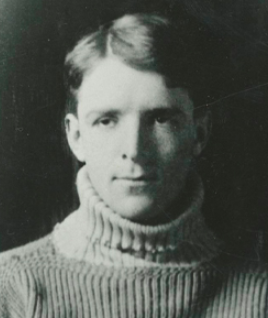 His “Steamer” nickname was earned by his skating prowess, including All-Star Team recognition in his inaugural year of 1911-12.

A star player with the Monarchs, Maxwell helped Winnipeg win the 1914 and 1915 Allan Cup championships. A staunch amateur, Maxwell turned down many offers from teams in other leagues to turn professional. His feelings on what constituted an amateur player were so strong that he quit playing Hockey following the 1915 Allan Cup as the nature of the senior game at the time failed to meet his expectations: "When I played, I bought my own skates and boots. When I found out some of the others were getting paid, I quit. He discovered that some of his teammates had received gifts and money to play for Monarchs.

Maxwell remained in the game, turning to coaching. He served two seasons as coach of the Winnipeg Monarchs before moving to the cross-town rival Winnipeg Falcons. He led the Falcons to the 1920 Allan Cup championships, defeating the University of Toronto Varsity Blues by scores of 8–3 and 3–2. The victory also earned his team the right to represent Canada at the first Olympic ice Hockey tournament at the Summer Games in Antwerp. His business interests outside of Hockey prevented Maxwell from travelling to Belgium with his team, however the International Ice Hockey Federation / IIHF lists him as the coach for the gold medal winning Canadians.

Maxwell coached several Winnipeg teams throughout the 1920s and 1930s. He led the Winnipeg Rangers, Winnipeg Winnipegs and Elmwood Millionaires to Manitoba provincial senior championships in 1926, 1927 and 1930, respectively. He led the Millionaires' junior team to a provincial title that same season.

Maxwell briefly coached in the professional ranks, with the Winnipeg Maroons of the American Hockey Association / AHA in 1927–28, signing future-great Johnny Gottselig to his first professional contract. The Toronto Maple Leafs attempted to sign him to coach their National Hockey League club in 1931, however team owner Conn Smythe chose to hire Dick Irvin instead after Maxwell insisted on a three-year contract. Instead, Maxwell returned to the Winnipeg Monarchs, where he led their junior team to the western Canadian championship in 1931–32. In the Memorial Cup final, Maxwell's squad lost to the eastern champion Sudbury Cub Wolves.

In addition to coaching, Maxwell was a long time referee. He frequently officiated matches in both Allan and Memorial Cup playdowns, as well as professional exhibition games for the NHL, WHL, and PCHA.

Fred Maxwell was inducted into the Hockey Hall of Fame in 1962.

Frederick George “Steamer” Maxwell is an honoured member of the Manitoba Hockey Hall of Fame, inducted in 1985.

Fred "Steamer" Maxwell was inducted into the Manitoba Sports Hall of Fame in 1988.