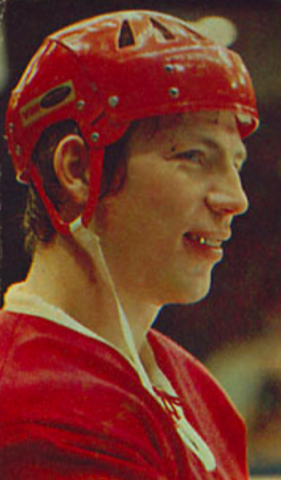 Vasiljev learned to play Hockey at the local city club, Torpedo Nizhny Novgorod (Torpedo Gorky) while growing in the Gorky neighbourhood where he lived in the USSR.

Vasiljev then started playing with Dynamo Moskva (Moscow) in 1967 as a 18 year old, and would stay with Dynamo for the next 17 seasons, setting a still standing record for games played in the local Soviet League, with 619, but never won a Soviet championship, as the league was dominated by CSKA Moskva (Moscow).

Vasiljev was voted the Best Defenseman in the 1968 European Junior Championships / EJC, helping the Soviets to a Silver Medal, and then helping them win the Gold Medal at the 1969 EJC.

Vasiljev was a tough stay-at-home defenseman, and would soon be playing for the senior National Team at a time when Soviet Hockey stressed finesse, creativity and continual attack. He played his first game for the National Team on February 25, 1970, and his last game on April 29, 1982.

Vasiljev was on the gold medal teams at the 1972 and 1976 Winter Olympics, and played in the Miracle On Ice game at the 1980 Winter Olympics - “We were already celebrating,” Vasiljev told The New York Times in 2005, ruefully recalling the Soviets’ overconfidence. The American collegians rallied in the third period to win, 4-3, shocking the Soviets, who would win the silver medal.

Vasiljev also played in the legendary 1972 Summit Series, scoring 1 goal, 2 assists, but was on the ice and partly at fault for allowing what is generally regarded as one of the most famous goals in Hockey history, scored by Paul Henderson on Sept. 28, 1972, in Moscow. With the series and the game tied 5-5, Vasiljev and Lyapkin had the puck seemingly under control when Phil Esposito poked it away and the puck landed at Paul Henderson’s stick who won the series with the famous goal.

That goal, with 34 seconds remaining in Game 8 of the Summit Series between Team Canada and the Soviet National team coached by Vsevolod Bobrov, gave the Canadians a 6-5 victory and the series. It was the first confrontation between Canadian N.H.L. professionals and the best in Soviet Hockey.

“That goal is etched in my memory, probably forever,” Vasiliev said. “I hesitated for a moment, the puck jumped off the blade of my stick, and the Canadians immediately stuffed it into the goal. In the dressing room afterward, Bobrov said nothing to me. I wanted to die.”

When CSKA Moskva travelled to North America for the first ever series against NHL club teams in December 1975, the Army club negotiated that they could strengthen their club with two Dynamo players – Maltsev and Vasiljev, who was one of the best players in the legendary 3-3 New Year’s Eve game against the Montreal Canadiens. Vasiliev assisted on Boris Mikhailov’s goal that got the Russian going.

Vasiljev played in the 1979 Challenge Cup, a 3 game series vs a team of NHL All-Stars, played at Madison Square Gardens, helping the Soviets win the series 2 games to 1. He had 3 assists in the tournament.

Vasiljev was the Soviets’ captain, and he accepted the Canada Cup in 1981 after an upset 8-1 victory in the tournament final in Montreal, Quebec where he helped shut down a Team Canada lineup that included Wayne Gretzky, Mike Bossy and Guy Lafleur.

Vasiljev played his final tournament in 1983, the Spengler Cup with Dynamo Moskva

Vasiljev finished his playing career with Újpesti Dózsa SC in Hungary during the 1989-90 season, and EC Ratingen in Germany during the 1990-91 season.

Valerij Vasiljev was inducted into the Russian and Soviet Hockey Hall of Fame in 1973.

In 1978 Vasiljev was awarded the Order of the Red Banner of Labour.

Valerij Vasiljev was inducted into the IIHF Hall of Fame in 1998.

His number 6 was retired by Dynamo Moskva.