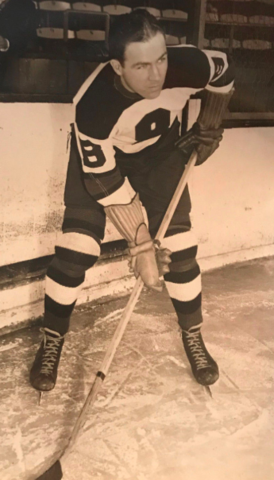 Jenkins was signed as a free agent by the Chicago Black Hawks, October 28, 1930, playing in 10 games for Chicago, before they loaned him to the Toronto Maple Leafs, December 4, 1930, where he finished the season.

After spending a season with the Bronx Tigers of the Can-Am League in 1931-32, Jenkins became an NHL regular for the rest of the decade. He proved to be a solid player who could check and contribute offensively. Jenkins was a consistent performer on the Chicago Black Hawks' first Stanley Cup championship team in 1934.

Jenkins would finish his Hockey career in the Pacific Coast Hockey League with the Seattle Ironmen and the Tacoma Rockets from 1934 to 1938.