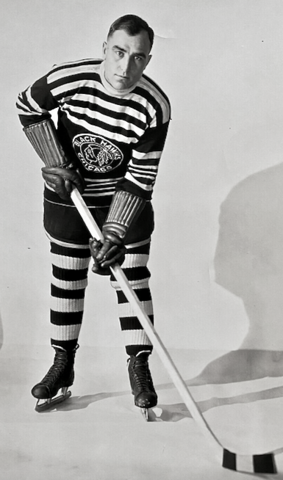 Arbour began his hockey career with the Waubaushene Athletic Club from 1913 to 1915, then was in the military for three years, returning to play, first in Port Arthur with the Pascoes, then with the Columbus Club. He then joined the Midland Aces senior Hockey club during the 1919-1920 season.

The following year he moved to Western Canada to play senior Hockey with the Brandon Wheat Cities of Manitoba Hockey League, helping them reach the 1921 Allan Cup championship finals. He then played three seasons (1921-1924) with the Edmonton Eskimos of the Western Canada Hockey League / WCHL, and was named to the WCHL Second All-star Team in 1922.

Arbour was traded to the Vancouver Maroons (WCHL) by Edmonton for cash, November 10, 1924, playing in Vancouver for 2 seasons.

Arbour made his NHL debut in 1926, as Vancouver sold Arbour for cash to the Pittsburgh Pirates on October 9, 1926, where he scored 7 goals, 8 assists in his NHL rookie year. Pittsburgh then traded Arbour to the Chicago Black Hawks by to complete three-team transaction that sent Bert McCaffrey to Pittsburgh and Eddie Rodden to Toronto, December, 1927. Arbour played in Chicago for 4 seasons, and helped the Black Hawks reach the 1931 Stanley Cup finals, losing to Montreal 3-2 in games.

Arbour was then traded to the Pittsburgh Yellowjackets of the International Hockey League / AHL by Chicago for cash, October 21, 1931, playing 1 season in Pittsburgh, then joined the Buffalo Bisons (IHL) for the 1932-33 season.

Arbour then joined the North West Hockey League for the last two stops of his professional Hockey career, playing for the 1933-34 season with the Edmonton Eskimos and the 1934-35 and 1935-36 seasons with the Portland Buckaroos.

In the late 1930s, Arbour returned to Midland, Ontario where he acted as player/coach with the British Consuls team of the Intermediate A League of the Ontario Hockey Association.

As a coach, he guided the Waubaushene Intermediates of the Georgian Bay Rural Hockey League to league titles, while claiming the Ditchburn Trophy as champions.

Ernest 'Ty' Arbour was inducted into the Midland Ontario Sports Hall of Fame in 2006.