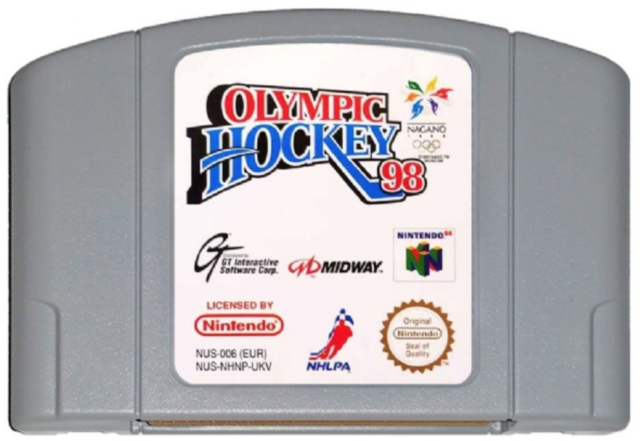 Olympic Hockey Nagano '98 is an ice Hockey game for the Nintendo 64 game console that was released February 23, 1998.

It is a re-release of Wayne Gretzky's 3D Hockey, but this time not endorsed by Wayne Gretzky and featuring the license for the 1998 Winter Olympics that were celebrated in Nagano, Japan.

Besides the box art, in-game titles, and some minor graphic changes (such as team logos and colors), every single aspect of the game is practically identical to Wayne Gretzky's 3D Hockey.

Imagine Games Network / IGN rated Olympic Hockey Nagano '98 a 0.0, the lowest rated IGN game of all time, due to this fact