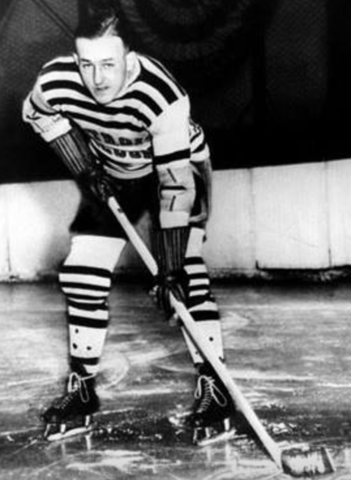 Cox then turned pro for the 1926-27 season, and played for the Canadian-American Hockey League / Can-Am Hamilton Tigers before joining the Toronto Maple Leafs of the NHL for 14 games later that season.

In 1927-28, Cox played in 43 games with the Maple Leafs, scoring nine goals and 14 points. he played another full season in Toronto scoring 12 goals before being traded with cash for Frank Nighbor, to the Ottawa Senators in the 1929-30 season. During the following season in Ottawa, Cox scored nine goals and 21 points while playing in 44 games.

Cox played 1 year in Detroit, as he was claimed by the Falcons from Ottawa for the 1931-32 season in the Dispersal Draft, September 26, 1931, but was back in Ottawa the following season, and played with the Senators until January, 1934, when he signed with the New York Rangers, scoring 5 goals in 13 games to finish his NHL career.