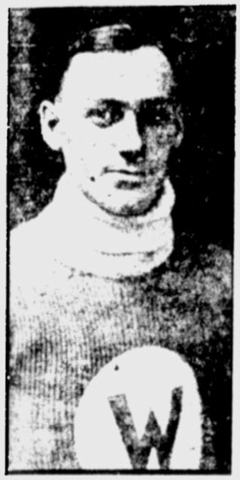 Herb Gardiner was born in Winnipeg where he began his hockey career. 1908–1910 he played with the Winnipeg Monarchs.

Gardiner later took his hockey skills to Calgary where he played for nine seasons, notwithstanding three years in the military. He represented Calgary Monarchs, Calgary Chinooks, Calgary Rotarians, Calgary Wanderers but first and foremost Calgary Tigers where he played for six years and appeared in the 1924 Stanley Cup finals against the Montreal Canadiens.

Gardiner play in the 1924 Stanley Cup finals impressed the Montreal club and he later joined the Canadiens in the NHL for the 1926–27 season, after the collapse of the WCHL/WHL league, and won the Hart Trophy as the most valuable player his first season with the club.

Gardiner also played a full season for the Canadiens in 1927–28 but in 1928–29 a 38-year old Gardiner split between the Canadiens and the Chicago Black Hawks and only played 13 games, his last stint on the highest level.

Herb Gardiner was inducted into the Hockey Hall of Fame in 1958.