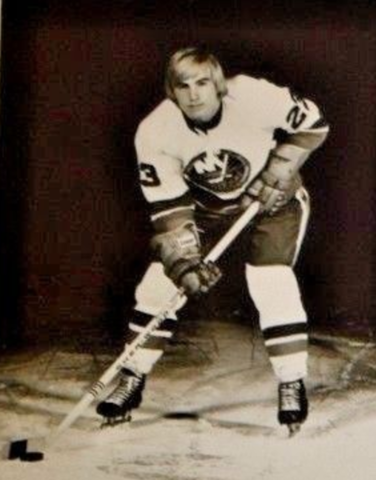 Drafted 33rd overall by the Islanders in 1972. He played half a season for minor league affiliate New Haven Nighthawks of the American Hockey league before being promoted to the Islanders in March 1973, wearing number 5.

Nystrom's first full season with the Islanders was 1973–74, where he tallied 41 points as a rookie, garnering Calder Trophy consideration as Rookie of the Year (the award eventually went to teammate Denis Potvin). As Potvin now used number 5, Nystrom would wear number 23.

Nystrom was also among the last NHL players to not wear a helmet during a game.