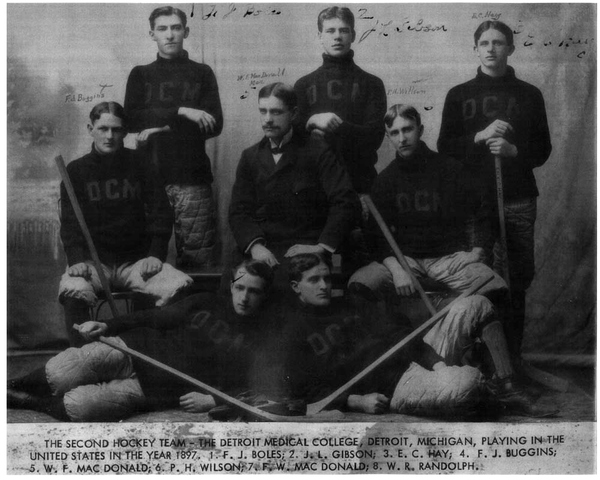 Ice hockey team of Detroit College of Medicine, in 1897–98. This team consisted of several Canadian medical students. Among them Jack Gibson from Berlin, Ontario, as well as Earl C. Hay and Percy Howard Willson from Listowel, Ontario.

Jack "Doc" Gibson is inducted in the Hockey Hall of Fame, in the builder category, for his role in creating the first fully professional ice hockey league in 1904, the International Hockey League (IHL).

Sourced from chassell.info/photo.htm. Credited to Unknown.