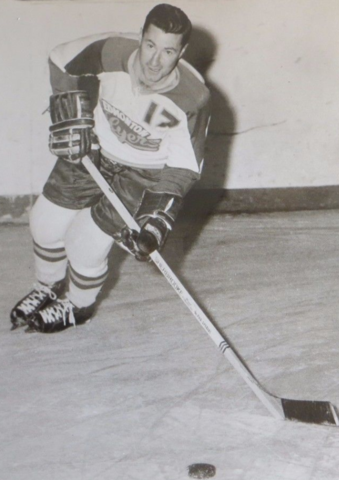 He played 35 games in 1951-52 with the Black Hawks, scoring 6 goals and 5 assists, but spent more time in the minors over the next two seasons. Finney played a decade with the Calgary Stampeders and became one of the top scorers in the history of the Western Hockey League.

Finney helped the Stampeders win the league championship in 1954 and led the WHL with 45 goals in 1957-58. Finney was named to the WHL Prairie Division first all-star team in 1957. The next year he repeated his all-star selection and was presented the Leader Cup as the MVP of the Prairie division.

Finney played one year each with the Edmonton Flyers and Portland Buckaroos of the WHL then skated briefly with the CHL's Cincinnati Wings.

Finney didn't play in 1964-65 but returned to suit up for the Drumheller Miners of the Alberta Senior circuit before retiring in 1966.