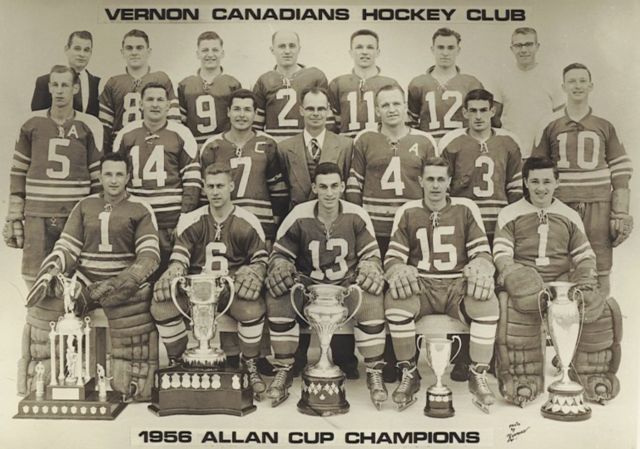 The Canadians went on to win the British Columbia Senior Men’s Hockey Playoffs (Savage Cup) against the Spokane Flyers, then the Western Canada Senior Championships (Patton Cup) against the Winnipeg Maroons and, finally, the Vernon Canadians won the National Senior Championships of Canada and the Allan Cup by beating the Chatham Maroons 4 games to 1