Jeff Carter with The Stanley Cup 2014 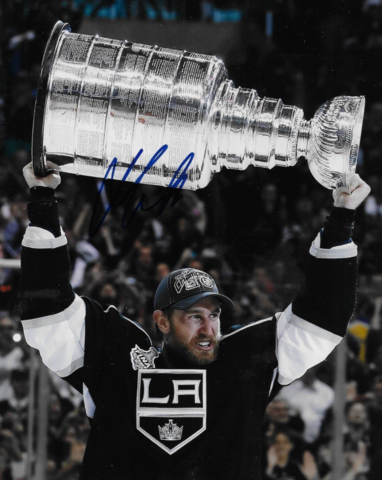 In the first round of the 2014 playoffs, the Kings rallied back from a 3–0 series deficit against the San Jose Sharks to win four-straight and take the series in seven games. This made Carter one of the first and only two players (the other being his teammate Mike Richards) in history to be a part of two teams who achieved such a feat - Philadelphia Flyers in 2010, Los Angeles Kings in 2014