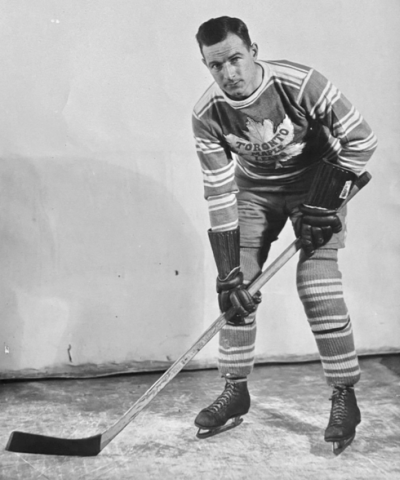 Darragh played in the Ottawa City Senior League as a teenager with the Ottawa Gunners from 1919 to 1922.

In 1925-26, Darragh played in 35 games for the Pirates, scoring ten goals while assisting on seven others with only six minutes in penalties. He followed that up with a 42-game performance the next year, scoring 12 times while assisting on three others. His most effective offensive season came in 1929-30, at the age of 26, when he scored 15 goals and 17 assists for 32 points in 42 games.

In 1930-31 he divided his time between the NHL Philadelphia Quakers and the Boston Bruins before playing a 48-game season with the Toronto Maple Leafs in 1931-32. Never one to shy away from a confrontation, Darragh's aggressive, yet clean style often resulted in his receiving injuries, the most notable of which came during his stay with the Bruins, when shortly after arriving, he received a serious leg injury which tied him up for the better part of the season.

When the Bruins asked for waivers on Darragh, the Toronto Maple Leafs purchased his rights for $5,000. He joined the club the same year historic Maple Leaf Gardens opened its doors. Darragh scored five times and assisted on ten others that year and helped the team win the Stanley Cup, with the legendary Dick Irvin behind the bench. Harold Cotton and Lionel Conacher were teammates of Darragh. He was known as being one of the cleanest players in any game, rarely taking needless penalties. Darragh returned to the Leafs for 19 games in 1932-33, scoring once and adding two assists. That would mark the end of his NHL playing days, as Darragh was traded to the Syracuse Stars of the International Hockey League / IHL by Toronto for Bill Thoms, January 3, 1933.

Darragh's professional Hockey career ended after the 1935-36 season, where he played for the Pittsburgh Shamrocks of the IHL.