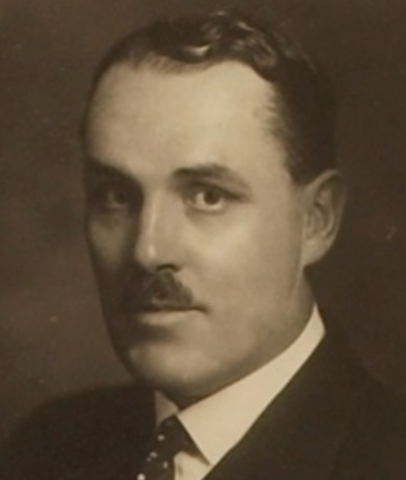 Ahearn is best known as an owner of the original Ottawa Senators National Hockey League / NHL Hockey club and a Canadian Member of Parliament.

The Ottawa native was the son of Thomas Ahearn, a key figure in the evolution of the city from a town to a city in the late 19th century. He played Hockey in the local system but soon realized his talents were better suited to coaching and management. As a teenager he was the player/manager of the Ottawa Collegiate Institute Hockey team and the Buena Vista team which played on an open-air rink at Laurier Avenue and Bronson, with an old streetcar for dressing facilities.

He served in World War I as a lieutenant in the First Canadian Division supply column, mechanical transport before seeing action on the front. His distinguished service brought about a promotion to the rank of captain. Wounded in action, he was sent home in 1916 and later became the orderly officer to the Minister of Militia, Sir Sam Hughes.

After the war, Ahearn returned to Ottawa where he managed and promoted junior and senior amateur Hockey. He became interested in professional Hockey because he felt that was the best way to get the city a badly needed new facility. Besides, he'd grown tired of the huge gray area represented by the term amateur during this period.

Ahearn became involved with Ottawa Senators when they won three Stanley Cups in four years between 1920 and 1923. Ahearn bought Ted Dey's shares of the club in 1923, and then bought out majority owner Tommy Gorman in 1925.

Winning the Stanley Cup was the last hurrah for the franchise. Due to a combination of the Great Depression, high player salaries and the smaller population of Ottawa, the club lost money that year, and every year after, leading the club to ask the NHL for permission to suspend operations for the 1931–32 season in order to rebuild their fortunes. The league granted the request on September 26, 1931. Ottawa received $25,000 for the use of its players, and the NHL co-signed a Bank of Montreal loan of $28,000 to the club.

Returning after a one-year hiatus and despite the return of players such as Cooney Weiland, Finnigan, Howe and Kilrea, the Senators finished with the worst record in the league in the two seasons that followed. Attendance was poor, the club only drawing well when the league's other three Canadian teams came to town.

In the 1934-35 season, the Senators franchise was moved to St. Louis, Missouri and operated as the St. Louis Eagles. After one season in St. Louis, Ahearn sought to suspend operations again and was turned down by the league. Finally, on October 15, 1935, the Eagles and their players were bought out by the NHL, dispersing the players to other NHL teams and suspending the franchise, with a promise to pass along the proceeds if the franchise was resold.

At the time of the dissolution of the NHL franchise, Ahearn and his family, with some shareholders, were the owners of the Ottawa Auditorium Limited (the arena). Since 1930, the Auditorium had been losing money as the Ottawa Senators losses increased. In 1936, the Auditorium went into receivership and was controlled by the Royal Securities Corporation until 1945, when Gorman returned and purchased the building and the Senators. Gorman would remain an owner until he died in 1962.

Ahearn was the last public owner of 7 Rideau Gate in Ottawa, which now serves as the official residence as a “home away from home” for visiting dignitaries in an environment of elegance and comfort. It is here, in close proximity to Rideau Hall, that Foreign Affairs and International Trade Canada offers accommodation and hospitality to heads of state who are visiting Canada’s Capital Region.

Frank Ahearn was inducted into the Hockey Hall of Fame in 1962.