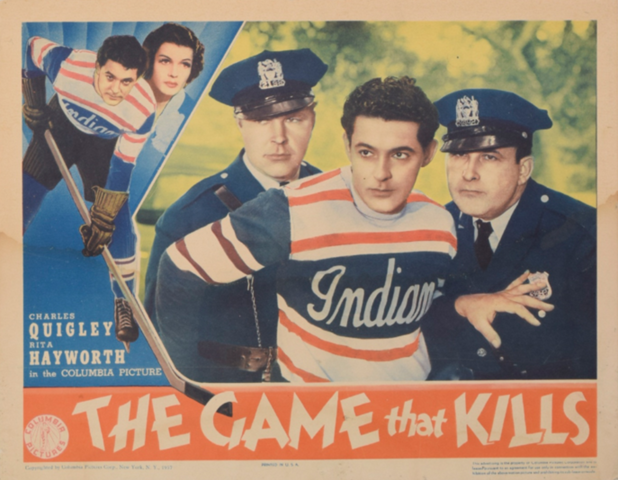 Tom Ferguson (Ward Bond), star left wing of the Indians hockey team, is killed during a game in an "accident" with Dick Adams (Paul Fix) and Bill Drake (Max Hoffman, Jr.), two of his own teammates. His brother, Alec Ferguson (Charles Quigley), is not convinced it was and accident, and goes to New York to uncover the truth. Posing as a fellow townsman named Steve Moreau (Clyde Dilson) who is unable to accept an offer to play with the Indians because of an injury, Alec wins a place with the team. He learns that the team, a member of a nation-wide professional league, has been throwing games on the orders of a gambling ring. He meets Betty Holland (Rita Hayworth) the pretty daughter of team coach Joe Holland (J. Farrell MacDonald) and falls in love with her. He plays along with Adams and Drake and learns that the owner, Rudy Maxwell (Arthur Loft), is the head of the gambling ring and has Coach Holland under control because of bad checks written to pay off gambling losses. Reporter Sam Erskine (John Gallaudet) suspecting that the games are being thrown and talks Betty into accepting a job on the Chronicle to find out what she can to protect her father's name. Maxwell discovers Alec's true identity and orders Betty kidnapped, thus ensuring that Alec's play will lead to an Indians' defeat in an important game.