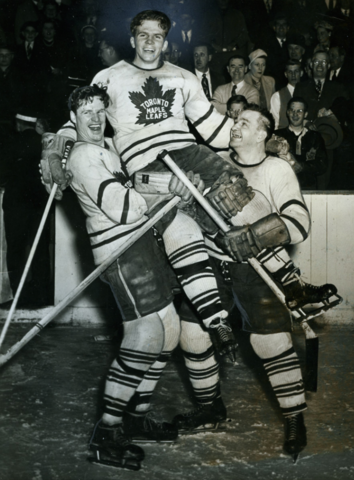 Bill Barilko scored the overtime Stanley Cup championship goal, and gets lifted off the ice by Cal Gardner and Bill Juzda on April 21, 1951.

Barilko's goal is the stuff of legends, and one of the most iconic images of all time, even a Hockey card was made depicting the goal.

The 1992 Tragically Hip song Fifty Mission Cap is part of Barilko’s legend too.