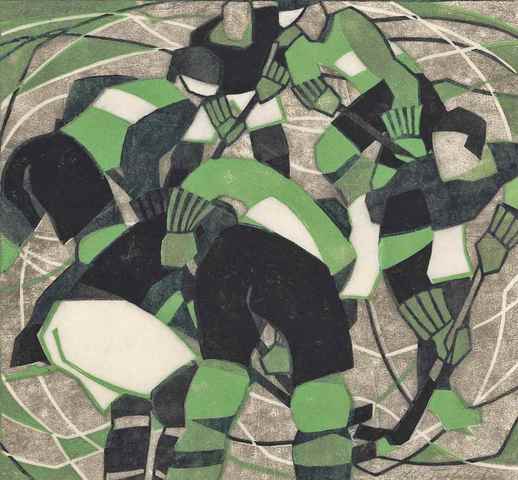 Lill Tschudi was born at Schwanden, Glarus, Switzerland. As a girl she saw an exhibit of linocut prints by Austrian artist Norbertine Bresslern Roth, and decided that she also wanted to be a printmaker.

Tschudi officially studied at the Grosvenor School of Modern Art from 1929 to 1930. From 1931 to 1933, she lived in Paris and studied with André Lhote, Gino Severini, and Fernand Léger. She returned to Switzerland in 1935.

Tschudi would produce over 300 linocuts in her career, exhibiting in London with Claude Flight and other printmakers.

Her 1933 print "Ice Hockey" was used for the cover illustration of Margaret Timmers, Impressions of the 20th Century: Fine Art Prints from the V&A Collection (Victoria & Albert Museum Publications 2001).

Her typical subjects included athletes, such as skiers and cyclists, transportation scenes, workers, and musicians.