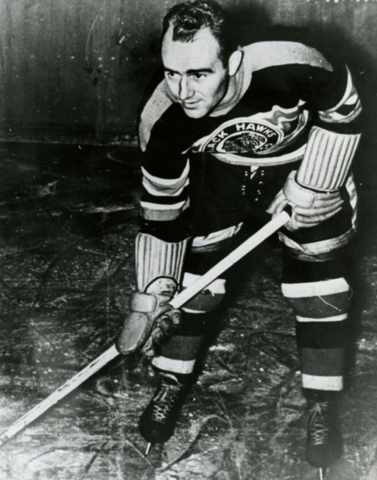 Kelly won back to back Memorial Cup Championships, 1st with the Newmarket Redmen in 1933 and then with the Toronto St. Michael's Majors.

Kelly then joined the Toronto Maple Leafs for the start of the 1934-25 season, scoring 11 goals as a rookie and added eight assists in 47 games.

Kelly played 3 season with the Maple Leafs before being loaned to the Chicago Black Hawks in 1936 for 29 games to finish the season.

Kelly then played for the Maple Leafs to start the 1937-38 season, and remained in Toronto until season's end in 1940, when he was sold back to the Black Hawks for cash.

Kelly was a busy guy in the 1941-42 season, playing for the Brooklyn Americans, AHL Springfield Indians and the Buffalo Bisons.