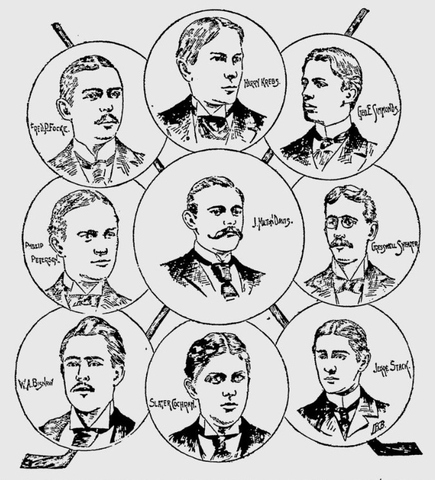 Sketch of the members of the Victoria Hockey Club of Baltimore, Maryland in 1896.

The team was managed by J. Milton Davis and led on ice by its captain Dr. William Arthur Bisnaw, a 24 year old dentist from Brockville, Ontario. They played in red jerseys, white trousers and gray stockings.

Several players on this team also represented the ice hockey teams of the Baltimore Athletic Club and the Maryland Athletic Club.