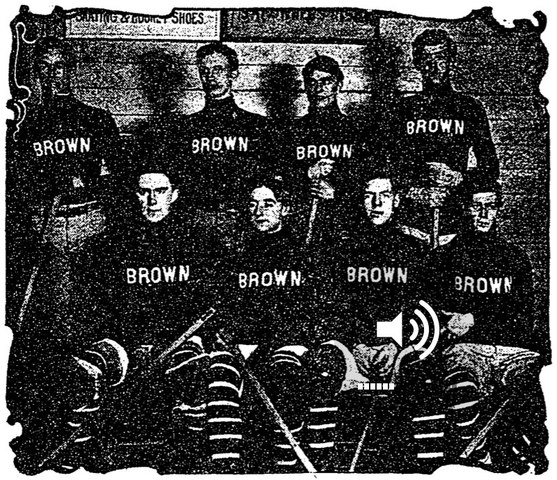 Players of the Brown University hockey team in a 1901–02 team photo. Brown University played in the Intercollegiate Hockey League against other university teams like the ones from Harvard, Yale & Princeton.