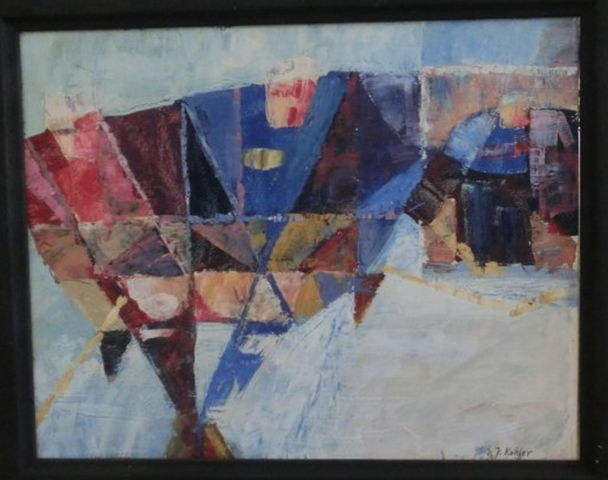 Kohler graduated from 1922-1925 trained as a porcelain painter at the "Kunstgewerbeschule Zwickau". After the 1926-1932 Working student at the "Staatliche Graphical Academy" in Leipzig was, he left in 1933 as a freelance painter and graphic artist in Berlin.

From 1945 to 1955, he then lived in Prien am Chiemsee. There he developed an independent artistic style which was marked by the encounter with Franz Xaver Fuhr, the 1946-1966 professor at the Academy of Fine Arts, Munich was. His work has been in the major art exhibitions in the Haus der Kunst in Munich.