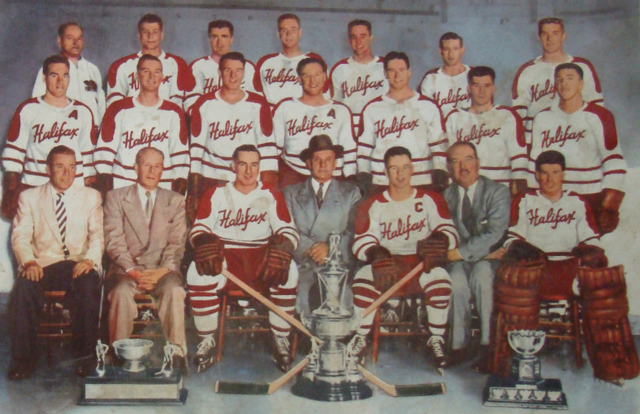 After finishing in first place, the Atlantics spanked Sydney 4-1 in games in the semi-finals, setting the stage for a best-of-nine showdown with Charlottetown. When that series reached a ninth game, 6,500 fans jammed the 5,200-seat Halifax Forum to see the climax. They weren’t disappointed.
The Atlantics took the finale to become Canadian major hockey champs, the first national championship for a Halifax franchise since the Wolverines won the Allan Cup in 1935.