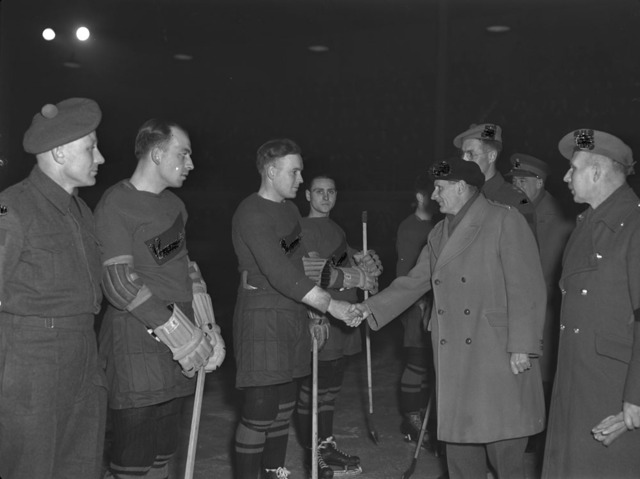 Montgomery had returned to Britain in January 1944. He was assigned to command the 21st Army Group which consisted of all Allied ground forces that would take part in Operation Overlord, the invasion of Normandy under overall direction of the Supreme Commander, Allied Expeditionary Forces, American General Dwight D. Eisenhower. At St Paul's School on 7 April and 15 May he presented his strategy for the invasion. He envisaged a ninety-day battle, ending when all the forces reached the Seine, pivoting on an Allied-held Caen, with British and Canadian armies forming a shoulder to attract and defeat the main German counter-attacks, while the US armies took the Cotentin Peninsula and Brittany, wheeling south and then east on the right.