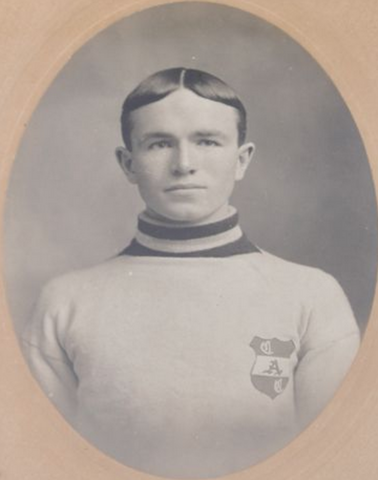 Darragh played for the Ottawa Stewartons in the 1909-10 season, scoring 11 goals in 5 games, and 11 penalty minutes during the regular season, and no points, 3 minutes in penalties in the one playoff game they had before being eliminated from the Interprovincial Hockey League playoffs.

Darragh then joined the Ottawa Cliffsides for the remainder of the Interprovincial Hockey League playoffs, where he scored 4 goals in 3 games.

The Inerprovincial Hockey League was a senior amateur league. This league was rather unusual in that it included teams from eastern Canada's three largest cities - Ottawa, Montreal, and Toronto.

This league's winner in 1908-09 was designated as the first winner of the Allan Cup.