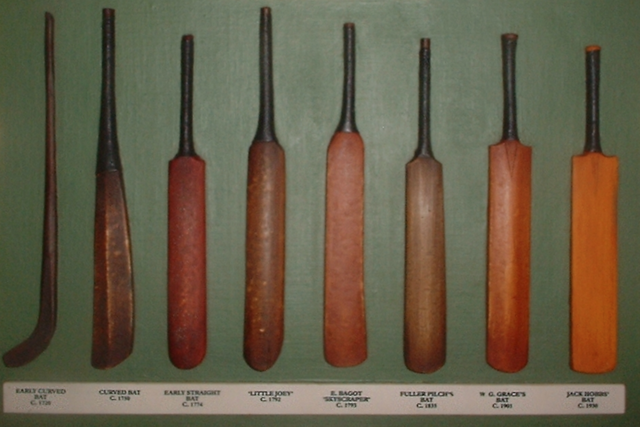 It could have easily been used for both.

The record of the 1622 case at Boxgrove contains the earliest reference to the cricket bat. The term "batt" in cricket was peculiar to Kent and Sussex, where coastal smugglers were known as "batmen" because of the cudgels they carried. The earliest reference to a "flat-faced" bat (i.e., with a flat surface at the bottom of the stick in ice Hockey style) also occurs in 1622. The term "bat" remained comparatively rare until about 1720. The terms in more general use were "staff", "stave" or "stick". These tended to have regional usage: for example, "stave" was used in the Gloucester area and "batt" in the south-east; while "staff" and especially "stick" were more widely used. "Bat" is derived from the French "battledore", shaped like a table tennis bat, which was used by washerwomen to beat their washing with