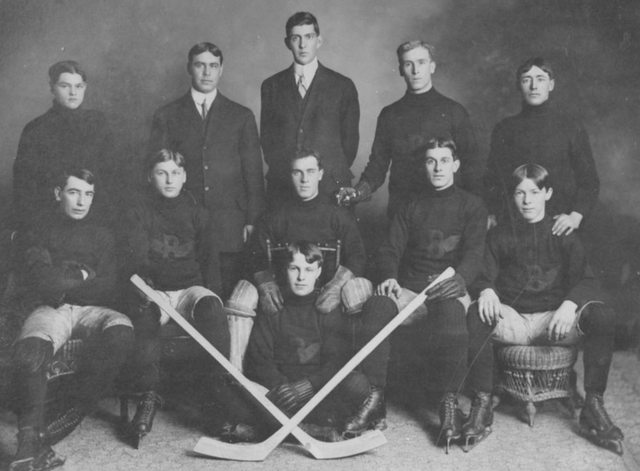 The first Barrie Colts played in the senior division of the Ontario Hockey Association / OHA from 1907 until 1910, prior to the creation of junior A and B levels.