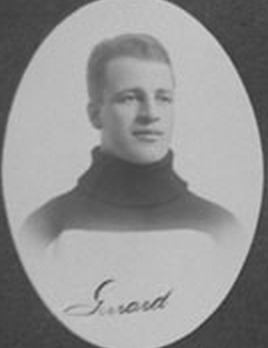 Gerard he played professionally for 10 seasons for the hometown Ottawa Senators and was member of several Stanley Cup-winning teams before retiring as a player in 1923.