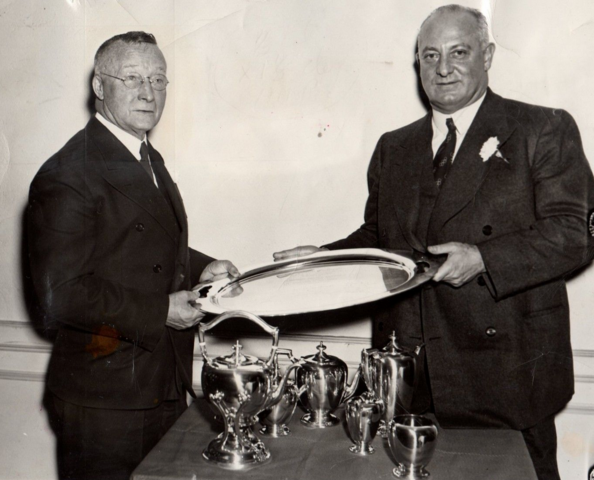 Calder, who was appointed President of the league on November 26, 1917, when it succeeded the disbanded National Hockey Association, and is credited with being "The Father of Professional Hockey"

The presentation was made at a testimonial dinner given him by the Govornors of the league, celebrating Calder's 20th anniversary as League President - 1917 to 1937

Calder was inducted into the Hockey Hall of Fame in 1947 as a builder. Two trophies in professional Hockey are named for him—the NHL Calder Memorial Trophy for NHL rookies and the Calder Cup for the American Hockey League (AHL) championship. He originated the rookie of the year award, and the NHL decided to continue awarding it after Calder died, renaming it from the Calder Trophy to the Calder Memorial Trophy.