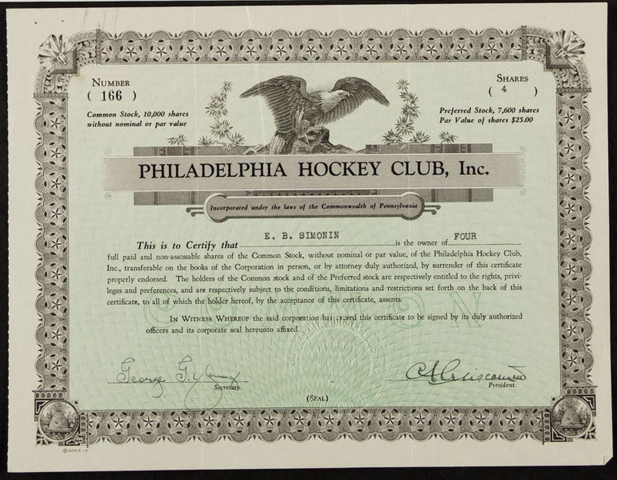 Professional ice Hockey first came to Philadelphia in the Fall of 1927 when the nascent Philadelphia Arrows first took to the ice at the Philadelphia Arena on Market Street between 45th & 46th Streets in West Philadelphia to become the sixth member of the then year old Canadian-American ("Can-Am") Hockey League. (Originally known as the "Philadelphia Auditorium and Ice Palace" when it first opened its doors in February, 1920, the 5,000-seat Arena was all but supplanted as an indoor sports venue with the opening of the Spectrum in South Philadelphia in September, 1967, and was eventually destroyed by fire on August 24, 1983.