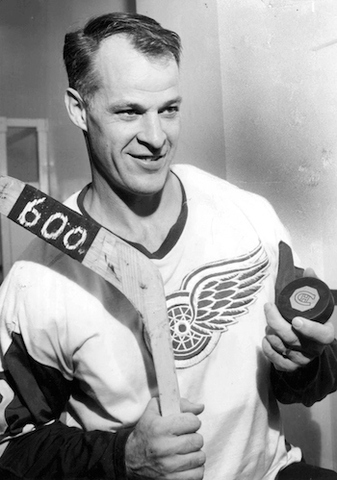 Detroit Red Wings star Gordie Howe holds the stick and puck he used to score his 600th regular-season NHL goal. It came Nov. 27, 1965 at the Montreal Forum against Canadiens goalie Gump Worsley in a 3-2 Montreal win.

Howe would make his professional debut at the age of 18 as a member of the Detroit Red Wings during the 1946-47 season.