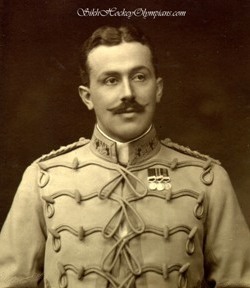 The 23rd Sikh Pioneers were a regiment of the British Indian Army. They could trace their origins to 1857, when they were known as the 15th (Pioneer) Regiment of Punjab Infantry. The regiment recruited exclusively from the Mazhabi Sikh community of Punjab province. Despite being "pioneers" by name, the regiment functioned as a Sikh infantry regiment specially trained as assault pioneers.

In 1925 Colonel Bruce Turnbull, whilst serving in the British Indian Army, becomes the first President of the Indian Hockey Federation

Secretary of the Army Sports Board in India