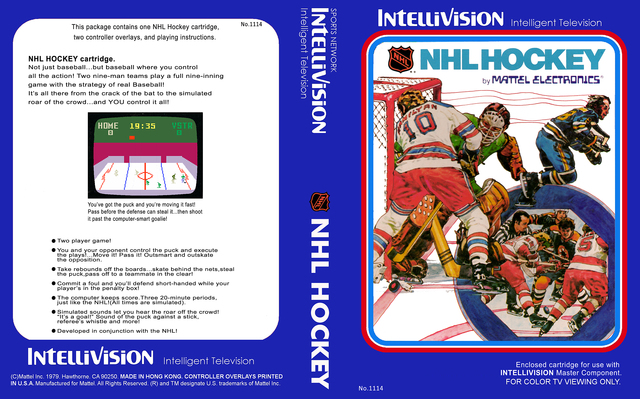 The game that started the huge boom of hockey games on home consoles was NHL HOCKEY for the Intellivision. With fast gameplay, realistic puck and skating physics, and awesome stat tracking, this game is a true classic.